The Haryana Urban Development Authority (HUDA) said people can now construct a stilt and four floors on their plots. Earlier rules limited construction to a stilt and three floors within a prescribed height of 15 metres.

The Haryana government has eased norms allowing construction of buildings up to four storeys, a decision cheered by residents of the burgeoning city but frowned upon by architects over safety concerns.

The Haryana Urban Development Authority (HUDA) said people can now construct a stilt and four floors on their plots.

Earlier rules limited construction to a stilt and three floors within a prescribed height of 15 metres.

The new provision has been made in the revised Haryana building code 2017, and comes in the backdrop of a rising demand for houses in urban areas.

“This is to benefit the people in a big way. The new HUDA building norms mean now the residents have the option to reconstruct their old houses as well,” said Yashpal Yadav, administrator at HUDA.

Gurgaon has seen a sharp spike in realty prices after the city emerged as a housing and office destination for millions of people over the past decade. Gurgaon population is estimated at 2 million.

According to a senior HUDA official, about 20% plots are still vacant in these sectors for the last three decades or more.

“The new policy will benefit those who have not yet constructed a building or house on their plots yet… we appreciate the policy which corroborates the rising need of the urban population,” said Bhim Singh Yadav, a resident of Sector 22.

Architects, however, criticised the new provision saying that since the height has not been increased from 15 metres, it would lead to construction of smaller and shabbier houses leading to potential disasters in case of an earthquake.

“The building height remains 15 metres only. In that case it is difficult to construct stilt and four floors. Besides, utility infrastructure laid about three decades ago remains unchanged and continues to be overburdened with rising population,” said Vivek Logani, chairman, Indian Institute of Architects, Gurgaon.

Guaranteed Call Back in 5 Mins

Login required for member only features. 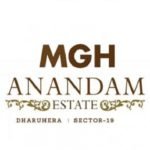 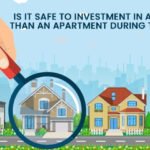 Is It Safe To Investment In A Plot Rather Than An Apartment During The Pandemic?